Get fresh music recommendations delivered to your inbox every Friday.
We've updated our Terms of Use. You can review the changes here.

Rise Of The Banshee 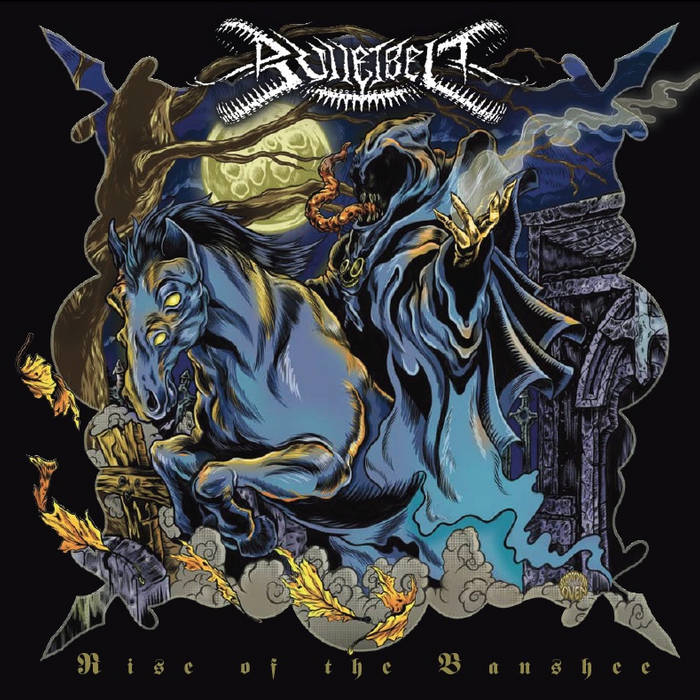 theroadpig_69 I found this band after seeing "Deathgasm" flick... And I was amazed by the voice of Jolene Tempest!!! She can easily kick the ass of that two girls from Arch Enemy!!! (I never liked that crappy band)

"Deathgasm" was an obvious choice as my favorite track, but every single album track are awesome Black/Thrash Metal cuts!!!

endlagerinsight1717 Damn of a cool mix of various genres. Has this kind of pacific blakkend death or more thrash metal with as it sounds traditional heavy metal. Own breed and brutal.
more...

Bulletbelt have been striking fear into New Zealand audiences since 2009. The Wellington based band craft tunes that draw from black metal’s vicious realms, with traditional metal, torrents of thrash, and biting secondwave punk all added in, to sharpen the razor.

1 October 2014 sees them unleash Rise Of The Banshee, their second full length album. Recorded in Wellington at STL Audio on their vintage SSL 4000G console, and featuring the artwork of Scarecrowoven.

Bandcamp Daily  your guide to the world of Bandcamp